February 1. 2022, Saline, MI. Saline City Council has approved a $1,035,000 plan to improve freshwater quality and reliability along the eastern stretch of Michigan Avenue. At their second January meeting, the Council voted unanimously to approve a plan submitted by Director of Public Works Larry Sirls to insert a new lining on the main underground water pipe, through a subcontractor. For more information please click here. 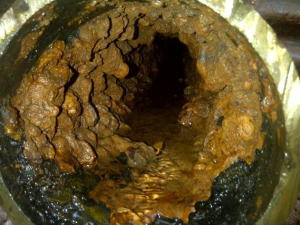 FER-PAL Announces Appointment of Dawn Dalisay as VP of Finance

September 9, 2021, Toronto, ON – FER-PAL Infrastructure, the clean water specialist, is pleased to announce the appointment of Dawn Dalisay to Vice President of Finance. Dawn will be leading FER-PAL’s finance department with responsibility for all corporate budgeting, financial reporting and cash management, among other finance and accounting duties. For more information please click here. 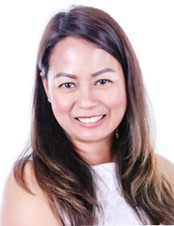 Elgin, February 15, 2021- FER-PAL Construction is pleased to announce that they, alongside their project partners of the City of Northlake and Christopher B. Burker Engineering, have been awarded the 2021 Technical Innovation Award by the Chicago Suburban Chapter of the APWA. The project was a record-breaker for the CIPP specialist as the project included a 655ft single pull of an ALTRA CIPP Liner. For more about the project please click here. 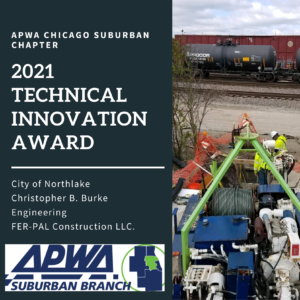 MONTRÉAL, April 20, 2020 /CNW Telbec/ – LOGISTEC Corporation (“LOGISTEC”) (TSX: LGT.A) (TSX: LGT.B), a marine and environmental services provider, is pleased to announce that its next generation of Aqua-Pipe water technology is now NSF 61 certified. This important certification opens yet another door for this technology to solve a myriad of challenges faced by municipalities and communities around the world dealing with health issues associated with aging water main infrastructure, and to protect water mains in cases of extreme seismic activity, floods and other natural disasters. 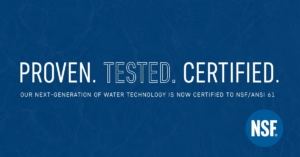 Regina Emerges as a Leader in Watermain Rehabilitation

On the surface it may appear that the City of Regina’s watermain infrastructure dilemma is the same as most Canadian municipalities. Aging watermains that have reached the end of their life, leading to a rise in watermain leaks and breaks. However due to the unique composition of the City’s soils and pipe material they have been left with an issue where there is no readily available how-to manual to structure the City’s rehabilitation plan after. Instead the City was left to think outside the box for a solution.

Structurally rehabilitating its first watermain with cured-in-place lining (CIPP) in 2002, the City of Toronto has invested in the technology each year since. The City has grown the program to become the largest CIPP lining program in North America, rehabilitating more than 25 miles (40 km) a year.

Historically the City has focused the program on projects that lay in residential, commercial or industrial areas in the City. One instance of this less traditional location was the rehabilitation of a watermain that had failed under the Mimico Creek in Etobicoke. 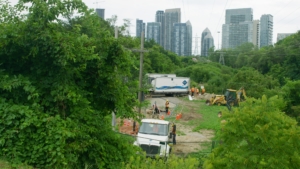 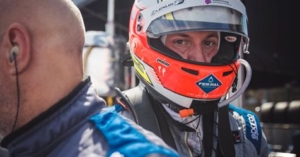 FER-PAL Construction is pleased to announce that it has achieved a COR™ Certification from the Infrastructure Health & Safety Association (IHSA).

The governments of Canada, Ontario, and the City of Toronto announced a $20 million investment the structural relining of watermains in Toronto, approved under the Government of Canada’s Clean Water and Wastewater Fund (CWWF). 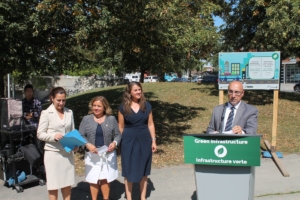 FER-PAL Infrastructure, the watermain lining specialists, is pleased to announce that Luc Lupien has joined the business development team to manage the company’s growing market presence with municipalities across Canada. 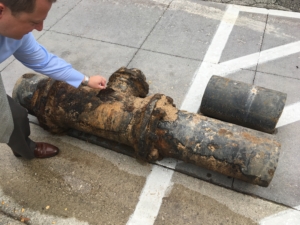 Hamilton, Ont. is getting 16 new water and wastewater projects off the ground thanks to cash injections from the federal and provincial governments.

This is a relatively new process for Aqua and may be used on some other areas, he said. Aqua officials said the North Vermilion project consists of installing a “cast in place” pipe liner within the existing 8-inch cast iron water main. It’s like a pipe within the pipe. 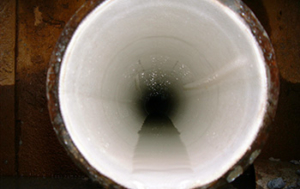 Midwestern Engineers, Inc. has received a Merit Award for Engineering Excellence from the American Council of Engineering Companies (ACEC) of Indiana.
The award was made in recognition of the 4th Street Water Main Cured-In-Place Pipe Rehabilitation Project in the City of Huntingburg Indiana. The project revitalized a more than 120-year-old cast iron water main in downtown Huntingburg, providing the infrastructure core for future downtown development projects associated with the Indiana Stellar Communities Program. Engineers Richard Burch and John Wetzel led the project for the firm. 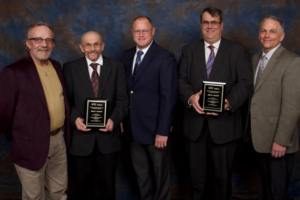 When the downtown district of Huntingburg, Indiana – the city you lead – is known for its unique shops and restaurants and looks like it could be a Hollywood movie set for Midwestville, USA, planning an open-cut construction project for water main work just won’t do. 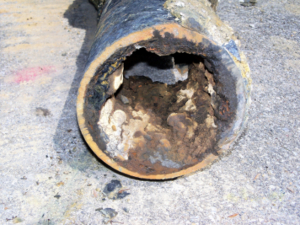 When he’s not busy in his job as president and CEO of Toronto-based Fer-Pal Infrastructure or working on his “honey do” list at home, McKaigue can be found on some of the most storied road courses in North America, battling it out door-to-door in IMSA’s Ultra 94 Porsche GT3 Cup Challenge Canada by Yokohama race series.

With the costs of failing infrastructure and matters of public health on the minds of municipal leaders, communities are on the lookout for solutions to water system issues such as deteriorating watermains.

As part of the Stellar Community projects, a historic watermain — the contractors dated it to being installed around 1891 — will be replaced on Huntingburg’s historic Fourth Street.

When watermains were first installed, ease of replacement was not necessarily the first thing on the minds of those who designed the project. 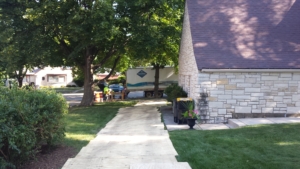 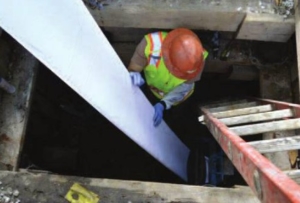 REGINA — Residents living on an eight-block stretch of Rae and Robinson streets can expect to have their water temporarily provided by another source as crews work on the decades-old concrete water pipes underground. 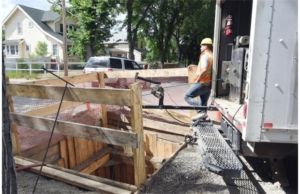 The Three C’s of Watermain Rehabilitation

Though structural cured-in-place pipe (CIPP) lining for watermain rehabilitation has been widespread throughout Canada, only recently is it gaining steam in the United States. 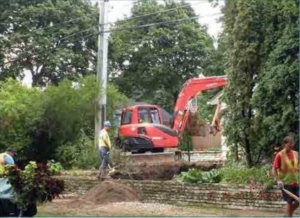 As infrastructure ages, water utility owners are tasked with the replacement of watermains that are reaching the end of their useful life. 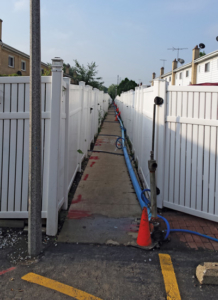 Madison Water Utility has found a way to resolve the problem without tearing up the street. 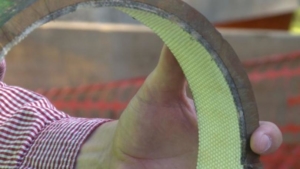 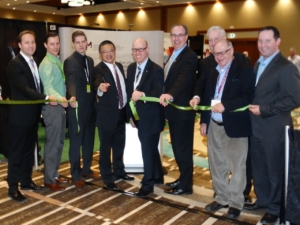 Governor Quinn said he worked hard to persuade a watermain repair company to open a new office in the Northwest suburbs. 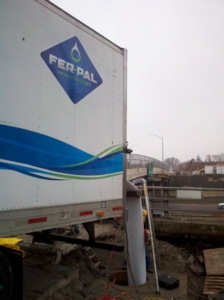 Chicagoland’s aging water infrastructure is under more stress than ever,  and recent watermain breaks are a telling sign of the disaster that Chicago and all cities with aging watermains are facing.

Gov. Pat Quinn joined Fer-Pal Construction executives Tuesday to open the watermain rehabilitation company’s new U.S. headquarters in Elgin, creating 50 jobs with a potential of up to $260,000 in state incentives.

Madison Water Utility Builds New Watermains — Inside The Old Ones

Imagine Badger Rd. completely gutted – nothing but dirt and gravel, impassable for months. Same story for West Mifflin St. and Lake Mendota Drive. It’s what would have happened had Madison Water Utility chosen to dig up and replace the aging watermains that run beneath those streets. 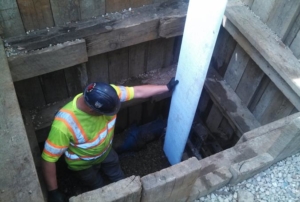